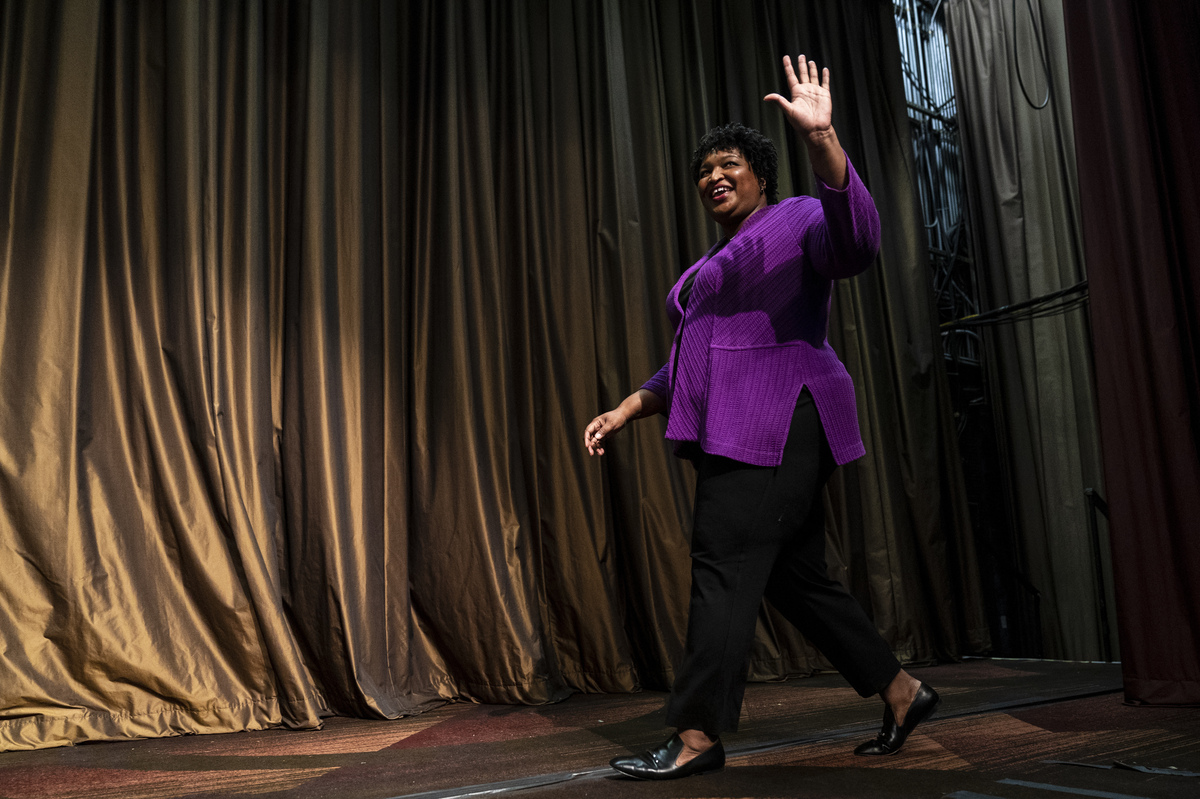 In addition to running for Georgia governor and registering some 800,000 voters, Stacey Abrams has written eight romance novels under the nom de plume Selena Montgomery. Now, her first three novels will be reissued.

Before she ran for governor of Georgia, before she registered 800,000 new voters with her organization Fair Fight, before she became a Democratic power broker with her name perennially in the mix for high-level political positions, Stacey Abrams wrote romance novels.

Now, her first three books, originally printed about 20 years ago under the nom de plume Selena Montgomery, will be reissued in 2022 by the publisher Berkley, an imprint of Penguin Random House.

“As my first novels, they remain incredibly special to me,” said Abrams in a statement. “The characters and their adventures are what I’d wished to read as a young Black woman — stories that showcase women of color as nuanced, determined, and exciting.”

The three books — Rules of Engagement, The Art of Desire and Power of Persuasion, a trilogy — have been out of print for years. Abrams wrote the first book while she was in her final year at Yale Law School.

They are romantic suspense novels, all starring a diverse cast of characters who work for an espionage organization in the U.S. government. Each novel features a different pair of Black lead characters, and an overarching storyline connects all three books.

“You can definitely see Stacey Abrams, the political leader, in these books, in terms of how everyone is very eager and willing to serve their country in whatever capacity they can, but not without personal sacrifice,” said Cindy Hwang, Abrams’s editor at Berkley and the imprint’s editorial director.

As Abrams’s political star has risen, interest in her romance novels has grown.

Between her final year of law school and her earliest years as a state representative in Georgia, Abrams wrote eight romance novels, all under the Selena Montgomery pen name. According to an archived version of her personal website, the eight books have sold more than 100,000 copies in total.

Though her latter five novels have been regularly reissued, her first three are harder to come by. Originally published by Arabesque, an imprint that focused on Black romance writers, used copies now regularly sell for $100 or more. Abrams did not control the rights until recently and sold them to Berkley at a private auction, according to the publisher.

Berkley will republish them in hardcover, a rarity for romance novels. The new versions will feature both Abrams’ real name and her nom de plume.

“As Selena and as Stacey, I am proud to be a part of the romance writing community and excited that Berkley is reintroducing these stories for new readers and faithful fans,” said Abrams in the release.

Abrams has also written two nonfiction books, Minority Leader and Our Time Is Now. Her first novel to be published under her real name, a political thriller set at the U.S. Supreme Court called While Justice Sleeps, is set to be released next week.

Share this…FacebookPinterestTwitterLinkedin Even as the number of coronavirus vaccinations among Major League Baseball personnel slowly ticked upward, two teams announced on Tuesday that they were…

Share this…FacebookPinterestTwitterLinkedin As per the Hindu calendar, May 12 is the Shukla Paksha Pratipada Tithi of Hindi month Vaishakha in Vikram Samvat 2078 and the…

Share this…FacebookPinterestTwitterLinkedin A Colonial Pipeline station is seen, Tuesday, May 11, in Smyrna, Georgia, near Atlanta. Mike Stewart/AP Biden administration officials have privately voiced frustration with what…