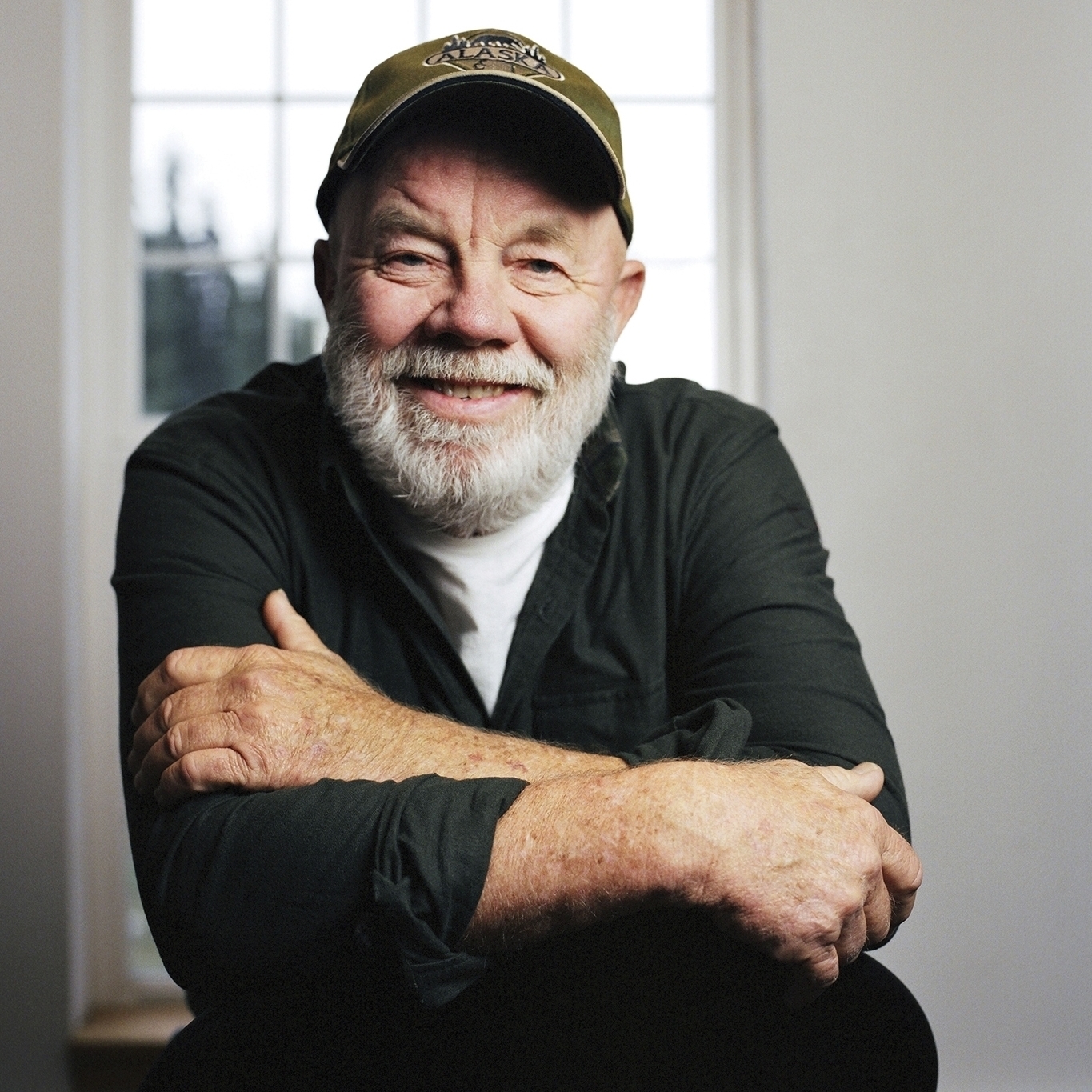 Gary Paulsen, whose books taught generations of kids how to survive in the woods with only a hatchet, died yesterday at the age of 82; his publisher said it was “sudden” but did not give a cause.

Paulsen was best known for those wilderness survival stories, though he wrote more than 200 books during his lifetime, and three of his novels, Hatchet, Dogsong, and The Winter Room, were Newbery Honor books.

Paulsen was born in Minnesota in 1939. In a memoir, Gone To The Woods — which came out earlier this year — Paulsen wrote about a difficult childhood. His father was off fighting in World War II; his mother was an alcoholic, and her drinking and partying formed some of Paulsen’s very first memories.

“She would take me to bars and have me sing for soldiers to meet men and to get more to drink. I lived on coca-cola and fried chicken that bartenders gave me a lot of,” he told NPR in an interview.

Alone on the train with a five-dollar bill

When he was five years old, Paulsen’s mother put him on a train, alone, with nothing but a five-dollar bill and a suitcase, and sent him to live with his aunt and uncle on their farm in Northern Minnesota. There he learned how to catch and cook fish over a campfire, and use the smoke to keep the mosquitoes away at night — skills that characters in his later novels would use to survive.

Paulsen wrote fondly about his time with his aunt and uncle, but it was short-lived. He reunited with his parents when he was seven years old, and started running away shortly thereafter.

The other place Paulsen sought refuge during those cold Minnesota winters was in the library, where a watchful librarian took notice of him and gave him a library card, and then books, and then a Scripto notebook and a number two pencil, to write down his thoughts.

“None of this would have happened, except for that,” Paulsen said.

He won a Newbery Honor — and wondered what that meant

During his life, Paulsen by turns worked as a farmhand, engineer, construction worker, ranch hand, truck driver, sailor, and even traveled with a carnival. He walked off a job as a satellite technician for an aerospace firm in California, and spent the next year in Hollywood as a magazine proofreader.

The first writing he got paid to do was for Westerns, under the penname was Paul Garrison. When he won a Newbery Honor for Dogsong in 1986, he didn’t know what that meant.

“I really didn’t. I was up in the kennel with the dogs and my wife handed me the phone,” Paulsen said. “And then we got a check. We’d been living on three to four grand a year.”

Today, Paulsen’s publisher says 35 million copies of his books are in print. He continued to find sanctuary in the woods, and lived a life outdoors, running the Iditarod dogsled race twice — almost dying the second time — and spending two years sailing around the world, up to Alaska and back to the Sea of Cortez. In 1997, he received the ALA Margaret A. Edwards Award for his contribution to young adult literature.

Gary Paulsen is survived by his wife and son, and one final novel. Northwind, a historical adventure about a young person’s battle to stay alive against the odds, will be published in January 2022.

This story was edited for radio by Rose Friedman and adapted for the web by Samantha Balaban and Petra Mayer.

Share this…FacebookPinterestTwitterLinkedin Bone disorder cases are becoming a major concern globally as young people are being found to have various problems related to bones. As…

Share this…FacebookPinterestTwitterLinkedin Swiggy’s first female delivery executives came onboard in 2016. (Image: Shutterstock) As part of the policy by Swiggy, the women delivery partners can…